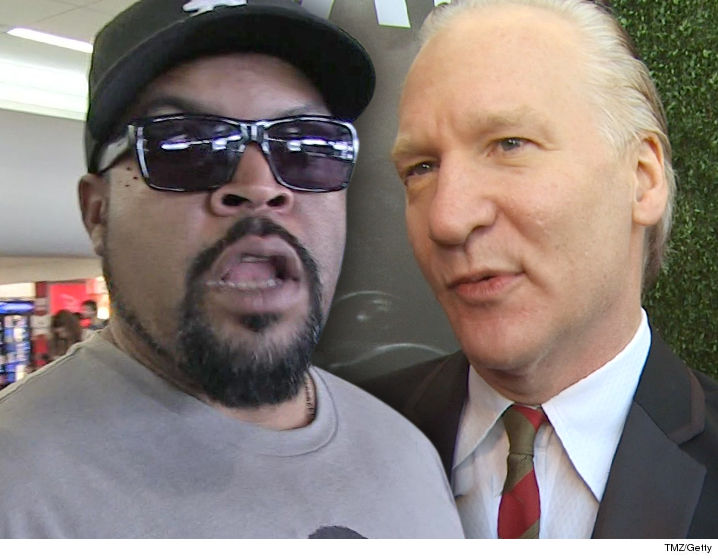 Ice Cube isn’t about to let Bill Maher‘s “house n****r” crack stop him from appearing on ‘Real Time’ … in fact, Cube’s ready to mix it up with Bill over the n-word. Bill‘s n-word comment won’t go ignored either.

Sources close to Cube tell us he will NOT cancel the appearance, which was scheduled before Maher’s controversial joke. Sen. Al Franken was also scheduled, but chose to bail.

Cube’s not pussy footing around the issue. He’s been using the n-word liberally in his music, ever since NWA — but we’re told he wants to discuss Bill’s use of it.

Cube was originally booked to talk about the 25th anniversary edition of his album, “Death Certificate.” His rep calls it perfect timing because the record was made in the wake of the Rodney King beating, “[W]hich sadly, speaks to many of the same race issues we as a society are still dealing with today.”

We’re betting Maher gets a different reaction from Cube than he did Sen. Sasse.

Follow us and get the latest news delivered to your timeline!
Previous Article‘I saw aliens and Roswell UFO’ CIA agent in shock deathbed confession on Area 51Next ArticleAl Sharpton Says Bill Maher Was ‘Disgraceful’ Using N-word, Punishment in Order (VIDEO)

Banksy Jokes His Wife Is Sick Of Him Working At Home

‘Friends’ May Not Be Leaving Netflix After All