Deontay Wilder I Wanna Kill A Man In The Ring … Seriously

Heavyweight champ Deontay Wilder says most boxers’ worst fear is his fantasy … telling the world he desperately wants to KILL A MAN IN THE RING before his career is over.

Wilder sat down with Charlamagne Tha God & Angela Yee (DJ Envy probably already walked out of the interview) on “The Breakfast Club,” when he made the incredibly frightening statement.

Ummm, yeah. If any of you think he’s joking, Wilder actually goes on to give reasons why he feels this way, saying he’s not in his right mind when he’s in the ring under his “Bronze Bomber” persona.

In case you were wondering, it DOES happen, and most fighters say it haunts them their entire life. But, Wilder says only part of his split personality would feel remorse, and even then it’s part of the game.

“Deontay would feel bad, but we signed up for that.”

Yikes. You sure you want that, Anthony Joshua? 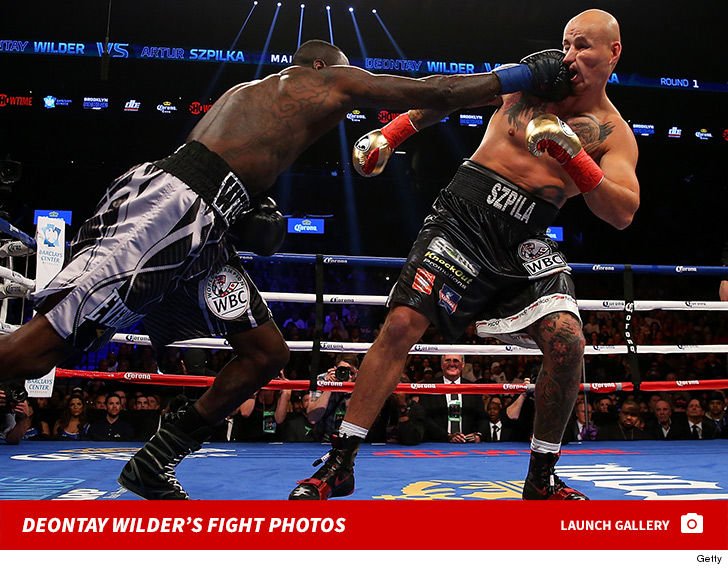