Tekashi69 is adding more fuel to the fire in his war with fellow rapper Chief Keef, this time by taking Keef’s baby mama, Slim Danger, out on a $75k shopping spree at Gucci for her birthday.

Tekashi posted a clip at the Gucci store in NYC with stacks in his hand and Slim, who calls out Keef as a deadbeat dad in the clip. “If you don’t know how to take care of your girl, n***as gonna take care of her for you,” 6ix9ine chimes in. He later copped a feel too.

We’re told the two happened to run into one another while Slim was in town to celebrate her bday. She’s cool with Tekashi’s Tr3way family, so Tekashi took her shopping to celebrate.

Slim made off with a fanny pack, sunglasses, wallet, and a dress … totaling more than $75k. Unclear if she got to keep the giant 69 chain around her neck.

As we previously reported … the two rappers have ongoing beef that’s been going back and forth on social media, and doesn’t look like Tekashi’s squashing it anytime soon. 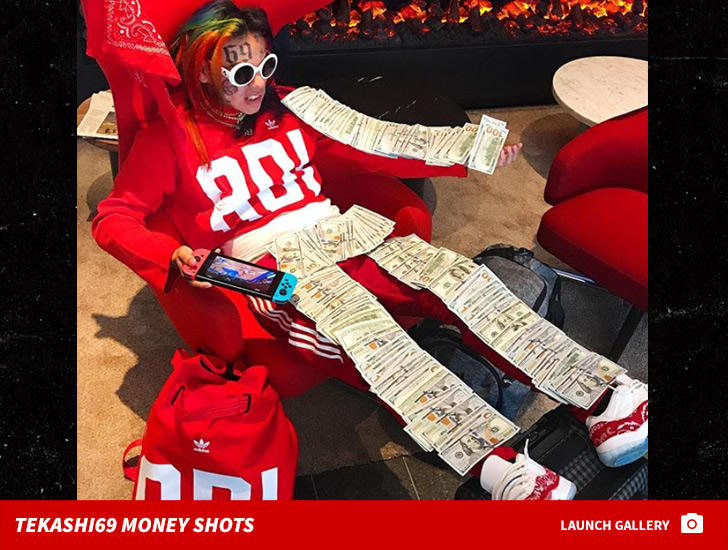 Corinne Olympios & DeMario Jackson Reunited and it Feels So Fake!!!