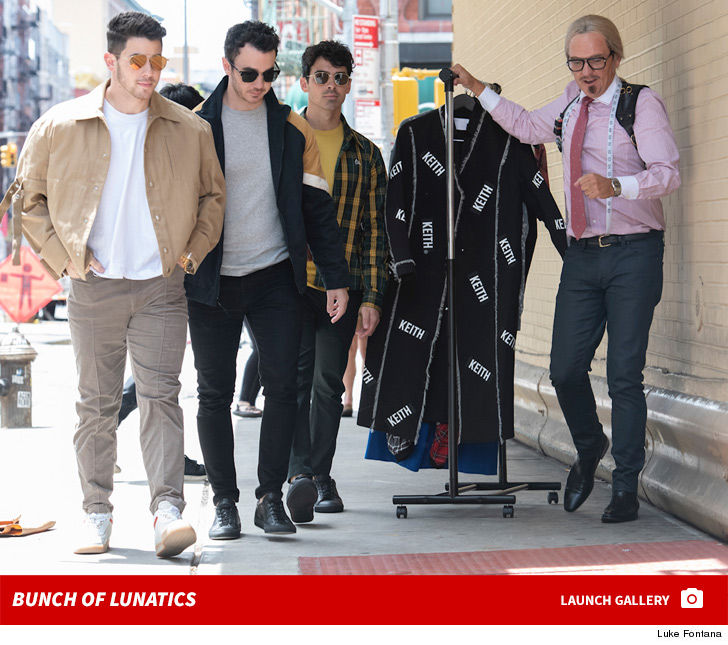 The Jonas Brothers are teaming up with a new fashion designer who’s sure to have a huge impact on their style … possibly for worse.

That’s not a knock on the guy … because he’s Australian comedian Chris Lilley, playing one of his several characters from the new Netflix series/mockumentary, “Lunatics” — wannabe fashion guru, Keith Dick.

It’s unclear what Joe, Nick and Kevin are doing with Dick, but they were spotted walking around with him Tuesday in NYC, and based on the rack of clothing Keith’s dragging along … it’s going to be interesting.

As you know … the JoBros are so hot right now, on the heels of reuniting after a long hiatus and putting out a new album. We’re told the group’s in the Big Apple promoting “Happiness Begins” … and Dick got in on the action.

E-scooters can be hacked. Here’s what companies are doing about it.