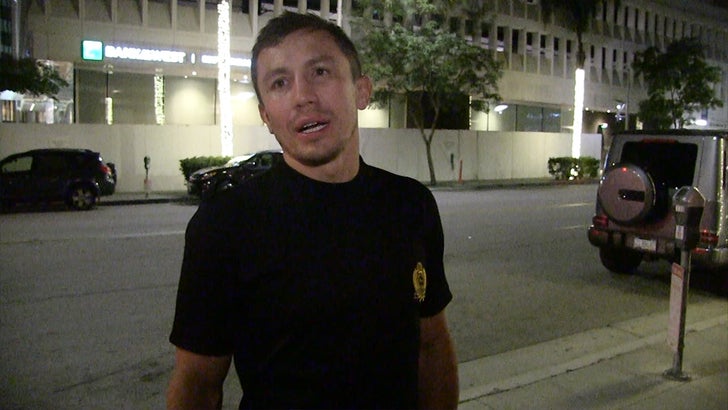 Boxing superstar Gennady Golovkin is speaking out about the death of fellow boxer Maxim Dadashev … telling TMZ Sports the tragedy isn’t just sad on a personal level, but it’s also terrible for the sport.

“It’s very bad for the sport of boxing,” Triple G told us outside of Spago in Beverly Hills.

You can see in the video, GGG is clearly emotional about the situation … and said the entire community “feels crazy” right now.

We asked Gennady if there’s anything the boxing community can do to help prevent deaths like this in the future … but he simply told us there’s nothing anyone can do can bring Maxim back.

As we previously reported, 28-year-old Dadashev suffered a brain bleed and went into a coma from the damage he took during his fight on Friday night. He later died from his injuries.

Dadashev was 13-1 in his boxing career and was considered one of the sport’s bright young stars before Friday’s fight.

Life after death: Man hears GOD reading Bible verse to him in afterlife

Joseph Parker vs Hughie Fury set for September 23 in Manchester