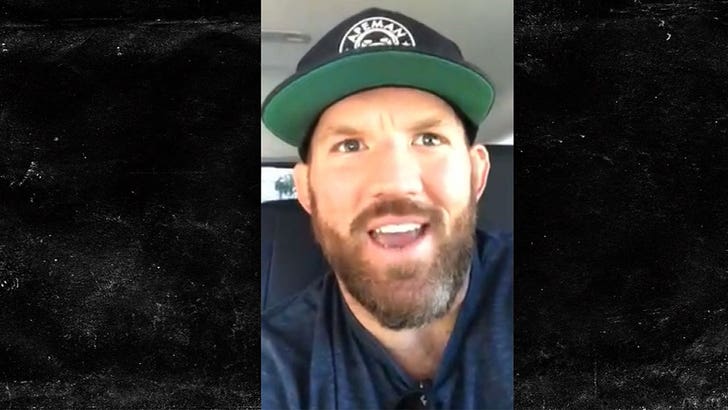 TMZ Sports talked to Bader — Bellator’s heavyweight AND light heavyweight champ — before his clash with Cheick Kongo at Bellator 226 this weekend.

Ryan’s been DOMINANT — he ran through the promotion’s HW tournament, beating guys like Matt Mitrione and the legendary Fedor Emelianenko … prompting Bellator honcho Scott Coker to declare Bader “the best heavyweight fighter on the planet.”

Guess what? Bader says his boss is right!!!

“I went through that tournament, I didn’t get punched in the face one time,” Bader tells us. “Why shouldn’t I believe that? I believe I can beat anyone at any given time and that includes heavyweights.”

“So, I don’t think that’s a crazy statement. You put myself and Stipe or Cormier in there, I do believe I can beat them.”

Bader says he’s hopeful that the future may hold some cross-promotional dream fight that’d pair him against the UFC’s top big guys … but before that, he’s gotta deal with 6’4, 235lb. Kongo who was a part of one of MMA’s craziest fights ever.

Trump Slammed Michelle Obama For Not Covering Hair In Saudi Arabia, But…