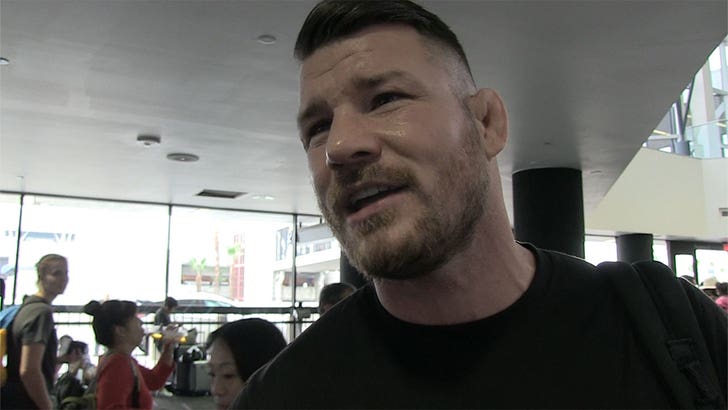 Did Michael Bisping fight in the UFC — and win — with a prosthetic eyeball???

That’s the question everyone has been asking ever since Bisping revealed his right eyeball is a fake. And, when we saw him at LAX this week, we asked him straight-up.

Michael Bisping is a legend. pic.twitter.com/fg1TG4SwnO

Of course, Bisping suffered a detached retina from a brutal head kick during a 2013 fight with Vitor Belfort — and has said vision in his right eye was pretty much “non-existent” ever since.

It’s interesting because Bisping fought 11 TIMES in the UFC after the injury — including winning the UFC middleweight belt with a victory over Luke Rockhold in 2016. But, Michael’s never revealed WHEN his right eyeball was surgically removed.

So, Bisping … did you secretly fight with a glass eye????

But, it kinda matters … we spoke with the California State Athletic Commission, and a rep tells us had they known Bisping had a glass eye before the Rockhold fight, he wouldn’t have been licensed.

“A fighter with a glass eye would not be able to be licensed in California. Prosthetics aren’t specifically called out in the code specific to vision, but it would definitely fall under section (g) any other visual condition. Aside from the issues with depth perception and peripheral vision, we couldn’t put somebody in a match where there’s a danger that they could lose their only remaining eye.“

However, CSAC says Bisping went through a thorough examination — including a doctor who examined his eye — and he was cleared.

We also spoke with Dana White who says it’s HIGHLY UNLIKELY any doctor or athletic commission would have cleared Bisping to fight with a fake eye.

And, White says the suggestion that Bisping could have tricked the docs is asinine. 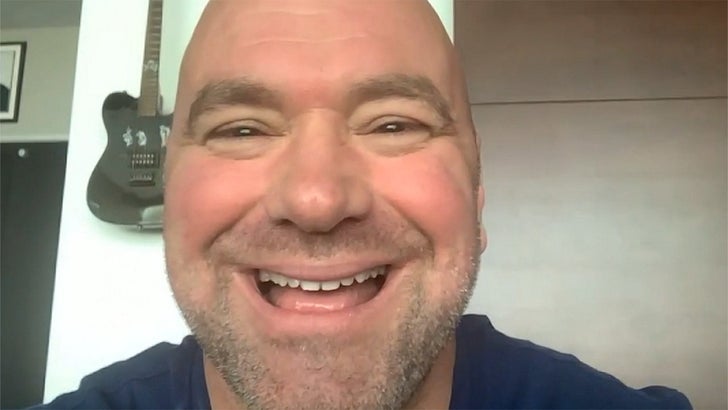 So, it seems Bisping’s eye removal went down AFTER his final UFC fight — a bout with Kelvin Gastelum in Nov. 2017.

We also asked Bisping if he’d consider a repeat performance of his crazy eye-popping party trick … but Michael shot that down, telling us it was just a “1-and-done.”