Maybe … because the YouTube superstar tells TMZ Sports he’s 100% down and his promoter, Eddie Hearn, says it all comes down to getting the money right.

KSI, Hearn and boxing champ Billy Joe Saunders sat down for a special TMZ Sports roundtable … and talked about their fighting futures — and that’s when Bieber came up.

“I don’t know what weight Justin Bieber can get up to but I think that’s a natural fight,” Hearn joked.

KSI laughed and told us he’s certain he would beat the pop star — but that’s when Hearn started telling us he thinks there’s a legit chance the two could end up in the ring together.

We know Bieber loves the sport — he used to train with Floyd Mayweather. Plus, JB was ringside when his pal Lil Za took an amateur fight in 2015. 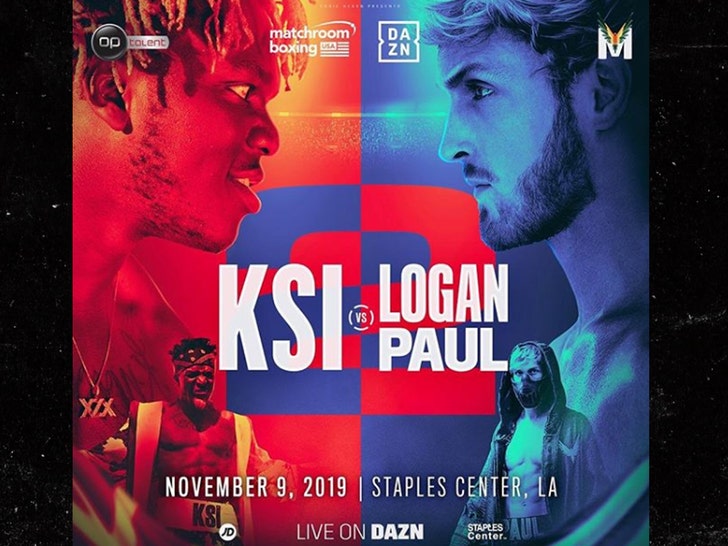 In fact, KSI says he’s expecting Bieber to be in the house on the weekend when he fights Logan Paul (Nov. 9 on DAZN) … so maybe a chance at some early negotiations?

There’s a lot of good stuff in the video …

— Hearn says KSI will earn 7-figures, but wouldn’t get any more specific about his pay.

— KSI explains why the hatred for Paul is real and why he thinks Logan will move to MMA after he loses on Saturday.

— We asked Billy Joe Saunders (the reigning WBO super middleweight champ) if he was upset or jealous to be fighting on KSI’s undercard, considering his decorated boxing career. You gotta hear his answer.

— Saunders explains why he wants a shot at Canelo Alvarez, and why he would GIVE UP HIS PAYCHECK just for a crack at the superstar.

Huawei owners use Google apps at your own risk