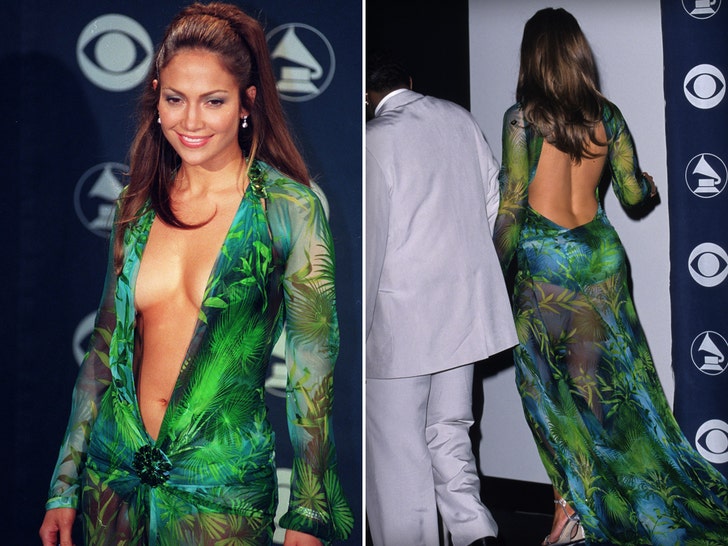 There is no substitute for J Lo in her famous green Grammy gown — although Fashion Nova’s trying to knock it off … according to Versace which is suing over what it calls a straight-up rip-off.

Versace’s filed suit over several of its designs, but most notably Jennifer’s jungle print gown from the 2000 Grammy Awards. In the suit, the Italian design house calls out Fashion Nova for the whole fast-fashion movement — a nice way of saying copycats — which launched on its site in 2013. 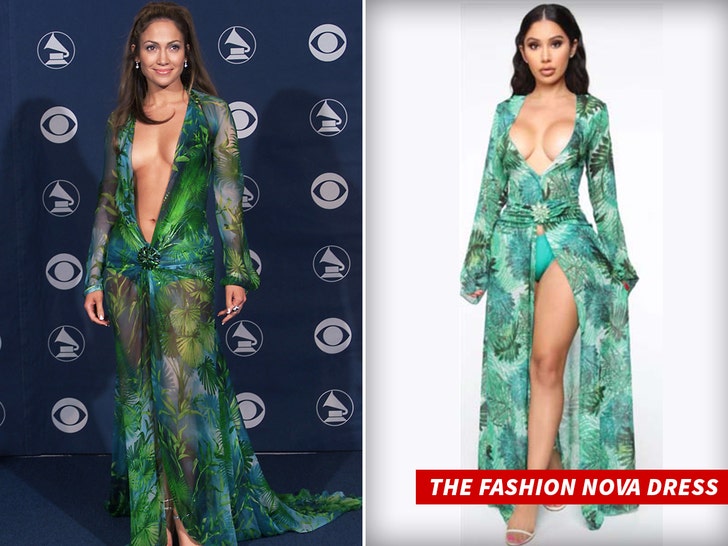 And, there’s plenty of name-dropping too — Versace points out its designs have adorned the likes of Princess Diana, Princess Caroline (royalty burns hurt the worst), Elton John, Lady Gaga and Liz Hurley. Translation: Who you got, Fashion Nova? IG Model Who??

According to the suit, Fashion Nova’s already been sued at least 8 times for this kind of alleged offense, including one from Adidas.

Versace says it fired a warning shot back in July 2019, officially putting FN on notice, but says nothing’s changed, so now we’re going to court.

It’s suing for all Fashion Nova’s profits off Versace replicas, and to get an injunction blocking further sales and damages.

Kendall Jenner & Blake Griffin Together Twice in Less than a Week!!!