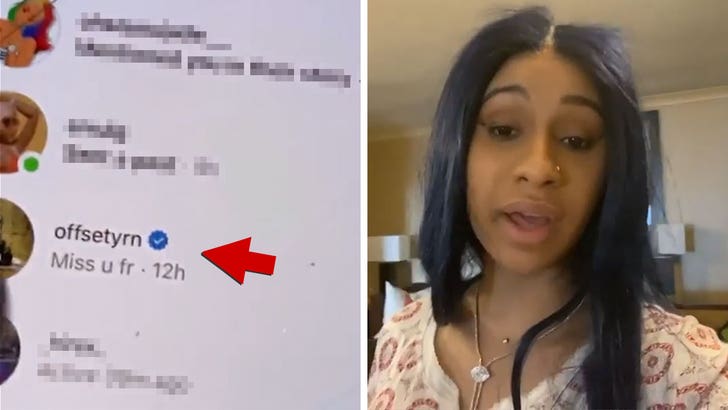 Cardi B says whoever was messaging Tekashi 6ix9ine‘s girlfriend certainly wasn’t her hubby, Offset, and she’s out to prove the whole thing is just some bulls**t.

Here’s the deal … Jade — who’s dating Tekashi and who Cardi allegedly ordered an attack on in August 2018 for sleeping with Offset — put Offset on blast for apparently sending her a DM on Instagram saying “Miss you fr.”

Jade shared video of her checking her phone to show it definitely came from Offset’s account, and poured gasoline on the fiery situation by adding … “Your wife @iamcardib has a OPEN CRIMINAL CASE , why are you writing me you don’t respect her ???????” 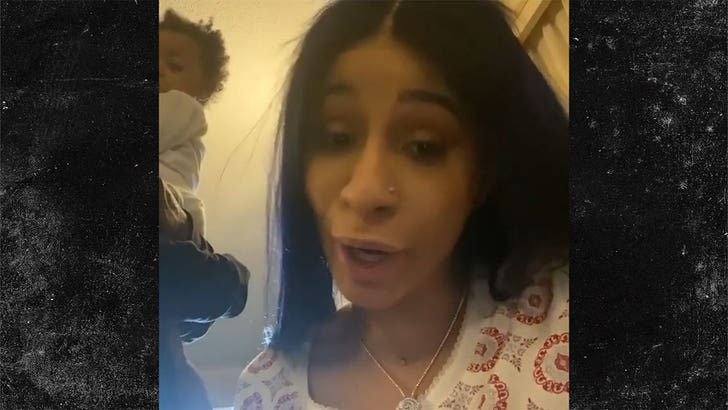 The thing is … Cardi and Offset say it’s not real — they claim he was hacked. To prove it, Cardi’s shared a couple of vids with Offset, saying they were up sick with their kid all night … and insisting her husband didn’t do what Jade claims.

There’s also this — earlier on Tuesday, around the same time Jade made claims Offset was messaging her … his Twitter account was tweeting some strange tweets, including one that just said “I lick ass cheeks.”

So, it seems like something suspicious is afoot … it’s just unclear who’s to blame for starting it.

One thing to note … Jade suggested she has more dirt on Offset, saying, “Theirs a lot of s**t I haven’t exposed yet.”

In honor of ‘Solo’ hitting theaters, we talked about what makes Star Wars so magical