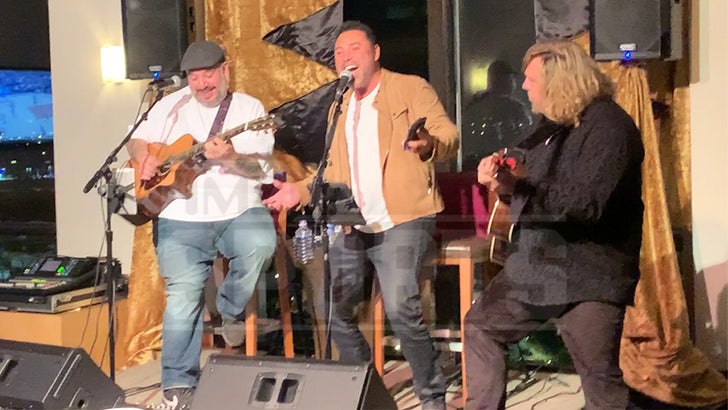 And the Grammy goes to … not Oscar De La Hoya.

The boxing legend and Golden Boy honcho decided to show off his pipes with a rendition of the classic Ritchie Valens hit, “La Bamba” … and TMZ Sports has the hilarious video!!!

We’re told ODLH had some time to kill at the Fantasy Springs Resort Casino after the Cancio and Alvarado fight over the weekend … so he took the stage in the Twelfth Floor Lounge and told the guitarists to start jammin’.

Look, no one’s expecting Oscar to have the voice of an angel … but the dude put his heart into the damn thing and it looks like he’s having the time of his life.

Unclear how the audience reacted … but we’re told Oscar’s always welcome back for an encore performance if he wants!

NIBIRU PHOTOGRAPHS: Do these photos show Planet X hiding behind the sun?

Southwest Airlines ‘Disturbed’ By Report That Passenger Masturbated Throughout Flight