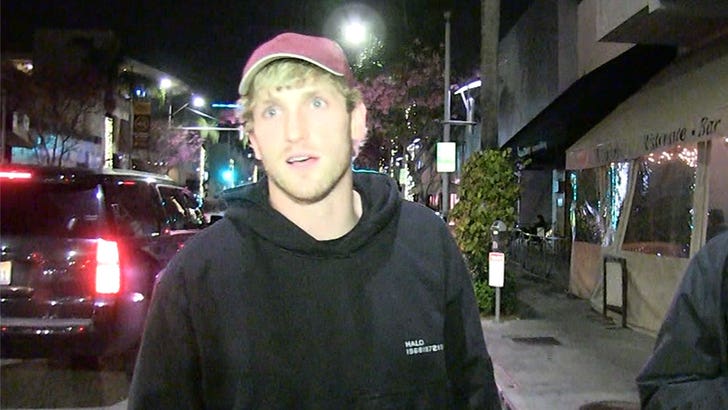 Logan Paul tells TMZ Sports the Antonio Brown fight is officially dead … and says his message to the NFL star after getting the news was simple — ‘I’m sorry you’re a bitch.”

Paul and AB had been hot and heavy in talks to get into a boxing ring later this year … with DAZN officials even getting involved to try to promote the fight.

In fact, the two came face-to-face at a Super Bowl party in Miami last month … and it seemed everything was pointing toward a mega-event.

But, Paul told us just a few weeks ago talks had broken down following Brown’s arrest for allegedly attacking a moving truck driver … and when we got the YouTube star at Il Pastaio over the weekend, he told us the fight is now officially off.

“It’s not happening,” Paul said. “He DM’d me, and he said something like, ‘I’m expecting a national apology.’ And I said, ‘I’m sorry you’re a bitch.'”

Paul added, “I really am. That dude needs help.”

Of course, Logan is now going back to the drawing board when it comes to opponents for a future fight … he previously told us he’s having trouble getting someone to step up after his two bouts with KSI.

‘Tiger King’: Everything We Know About the Reported New Episode of the Netflix Docuseries