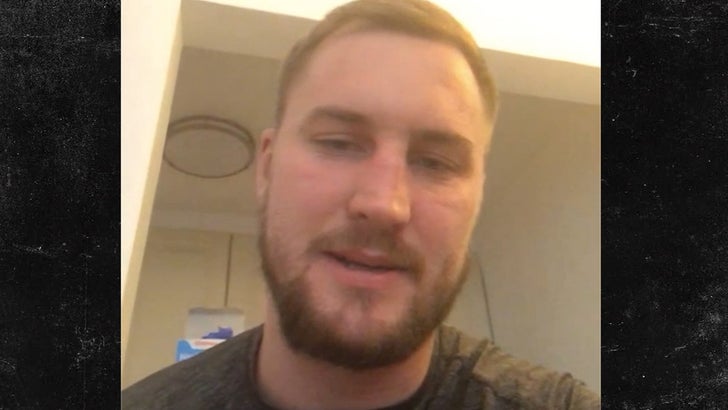 Heavyweight boxer Otto Wallin — the man who busted up Tyson Fury‘s face last year — says he’s very confident he’s got coronavirus … and he’s been quarantined for the past week.

The 29-year-old former champ says his mother recently visited him in NYC — and when she returned home to Sweden, she started feeling ill. Mom’s boyfriend also began feeling sick and got tested — and doctors confirmed he has COVID-19.

Now, Wallin not only believes he was exposed to the virus … but he’s convinced he’s been infected.

“So, I felt like I had a fever but I didn’t. And, then like I was starting to get better, and then all of a sudden I lost my smell and taste,” Wallin tells us.

Overall, Wallin says he feels fine — “perfect” — but he called his doctor anyway. He was advised to quarantine himself and NOT go to the hospital unless his health begins to decline.

“I felt a little off but that was about it. I probably would have gone about my normal life if I didn’t know that this was going on. So I’ve been quarantining since Saturday so that’s been over a week now.”

He added, “it’s better to save the tests for those who really need it and take some pressure off the hospitals.”

Wallin is 20-1-1 as a pro and famously busted up Fury pretty good when they fought back in Sept. He lost that fight in a 12-round unanimous decision but it was one HELLUVA performance!