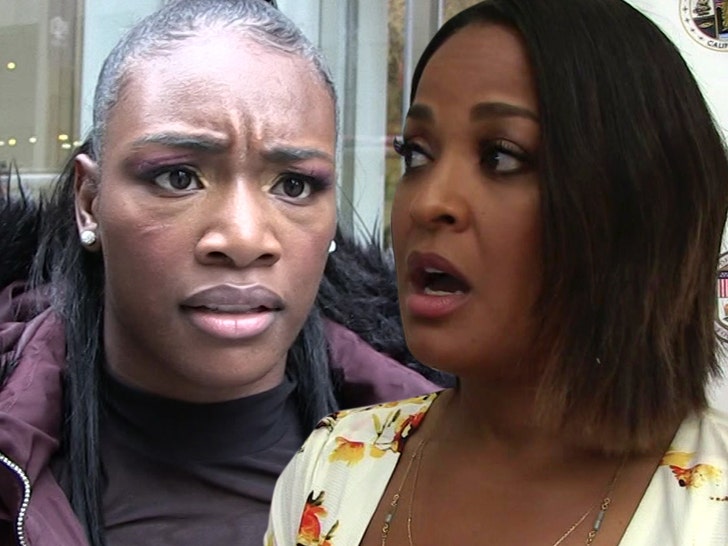 Boxing superstar Claressa Shields says Laila Ali is being RIDICULOUS in their fight negotiations — saying Ali wants $5 MILLION despite the fact she “is not relevant in today’s time!”

Remember, back in January … 43-year-old Laila (24-0) went on ‘Sway in the Morning’ and said she would destroy Shields if they ever fought because Claressa isn’t talented enough to hang with her.

Of course, undefeated Shields (10-0) — the reigning WBO and WBC light middleweight champ — disagrees … and offered to settle things in the ring.

Now, 25-year-old Shields says she’s still all the way down — but it’s Laila who’s holding up the deal.

“I’ll do whatever to get a fight made with me and Laila Ali,” Shields said on Twitter.

“She is the one asking for [$5 million] and also wants to be the A-side if we fight knowing damn well she is not relevant in today’s time!”

“I’m the current reigning world champion. So if she really wanted to fight, be Fair! Stop asking for insane split. It’s ridiculous.”

“Also come out of retirement. Make an official announcement and say you are not retired. No one believes the talk coming from her. I’m fighting and taking all challenges! Not hard to make a fight with me.”

Equinox Horoscope: What does the Autumn Equinox mean for YOUR zodiac?

The best SIM only Vodafone deals from Mobiles.co.uk for those afraid of commitment