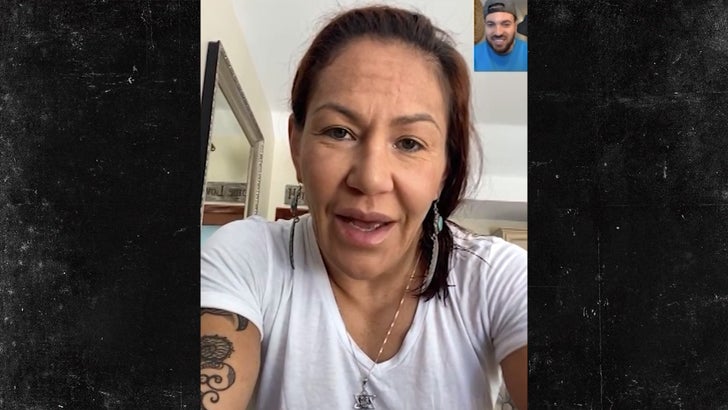 Cris Cyborg is a living, breathing MMA legend who paved the way for women in mixed martial arts … but her next fight, well it ain’t gonna be in the cage, ’cause she wants to box!!

TMZ Sports talked to the 34-year-old Bellator featherweight champ — the only fighter in history to hold titles in 4 major MMA promotions (UFC, Bellator, Strikeforce & Invicta FC) — and when we asked Justino who she planned to beat up next, her answer was surprising.

“I’m training a lot in boxing now. I was thinking about maybe I do my next fight in boxing,” Cyborg tells us.

Over her 15-year professional fighting career, Justino has NEVER competed in a boxing match … but that doesn’t mean she’s looking for an easy opponent.

“Me and Cecilia Braekhus always talk back and forth. But, you know, I’m training,” Cyborg says.

“I think everyone is gonna be a very good match for me. It’s gonna be a great fight. I like to challenge myself. I never look for the easy way. I like to train hard, and make the best fight for my career, for my fans.”

Braekhus is a BEAST!! She’s 36-0 and is hands down one of the scariest women in the world … but Cyborg isn’t intimidated.

But, before anyone beats each other up, the world has to beat coronavirus … and Cyborg’s doing her part to keep people healthy and fit by leading online workout classes during the quarantine.

Lose weight AND learn to beat somebody’s ass … all from the comfort of your living room. 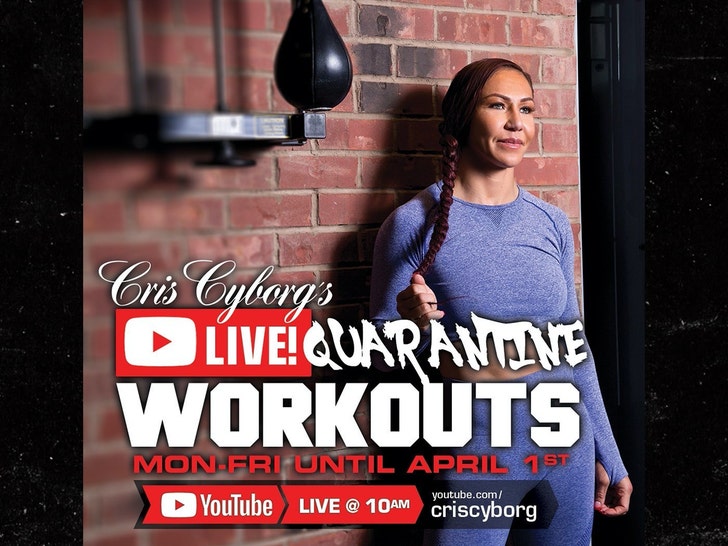 Hurricane Florence is on its way to the East Coast. Here’s what to expect.