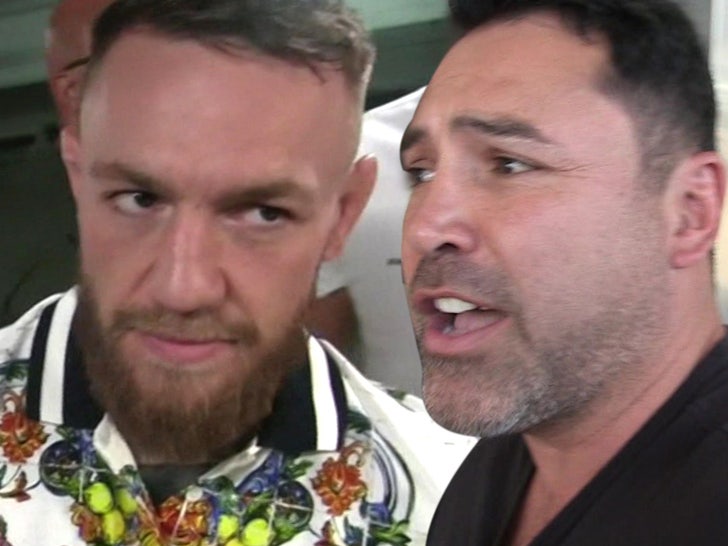 Oscar De La Hoya said he can knock out Conor McGregor in 2 rounds … and Conor McGregor says PROVE IT — calling out the legend for a real-deal boxing match.

Here’s how it all got started … 47-year-old ODLH was asked about his chances against the 31-year-old UFC superstar earlier this week … saying it would be a cakewalk.

“2 rounds,” the Golden Boy told “The State of Combat” podcast. “Because one thing about me … I went for the kill always.”

“And look, Conor McGregor is – I love him in the Octagon. I respect him. I watch him all the time.”

Conor — who’s always wanted a second shot at a boxing match following his loss to Floyd Mayweather in 2017 — heard what ODLH had to say … and he wants the legend to put his money where his mouth is … IN THE RING!!!

Now, Oscar (39-6) hasn’t had a pro fight since losing to Manny Pacquiao in 2008 by a referee technical decision … but the Golden Boy’s confident he can shake off any ring rust against the 0-1 Conor. 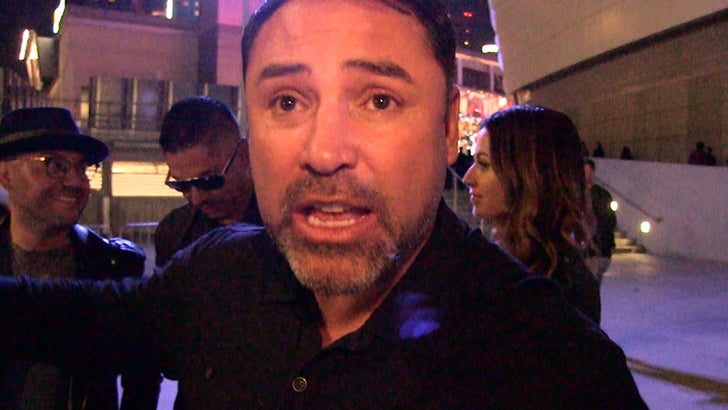 Remember, ODLH made a similar threat to Conor back in 2017 … saying he was in shape and ready to throw down with the Notorious.

There’s only one way to find out — PLEASE MAKE THIS HAPPEN.

EXCLUSIVE: Julianne Hough Cries During Emotional Speech Supporting LGBTQ Community: ‘I Know What I Stand For’

‘It’s a SIGN!’ Shock as crucified Jesus Christ appears IN THE CLOUDS’