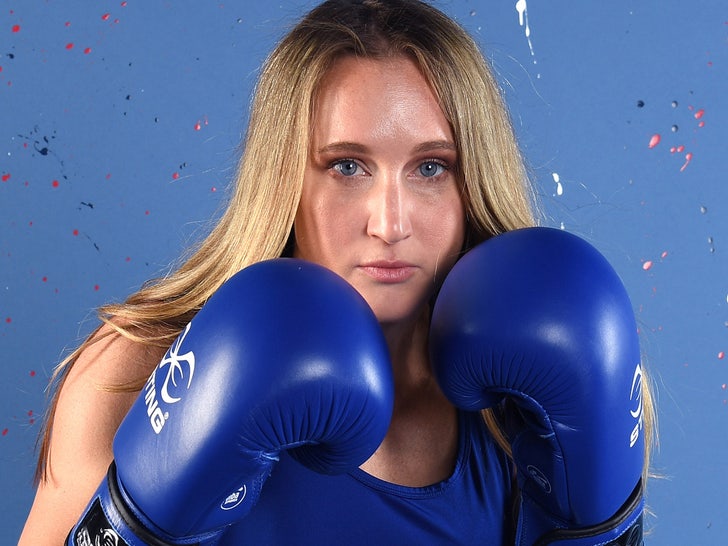 Ginny Fuchs — a U.S. Olympic boxer — is in the clear … she won’t face punishment for a positive drug test after officials say she accidentally ingested banned substances through sex.

The story is wild … Fuchs learned of the positive doping test back in March — but USADA launched an investigation after she claimed it was all because she was bangin’ her BF without protection.

The probe into the incident revealed the 32-year-old wasn’t lying … USADA officials say her positive sample did, in fact, come through intercourse.

“USADA determined that Fuchs’ male partner was using therapeutic doses of letrozole and GW1516 and the low amounts of letrozole metabolite,” the org. said in a statement Thursday.

“And GW1516 metabolites detected in her sample were consistent with recent exposure to the substances via sexual transmission.”

Fuchs will now face NO penalty over the positive test … which is great news, considering she’s gunning to be the United States’ flyweight in the Tokyo Olympics next summer.

“I had no idea that you could get contaminated through intimate contact,” Fuchs said in an interview with Fox 26’s Mark Berman. “And I’ve just learned a lesson about this now and I want other athletes to learn from my mistake.”

Fuchs added in a statement later Thursday, “This has been a huge lesson for me. And now that it is over, I’m fully focused on preparing for Tokyo.”

Grammys 2018 Brings Out White Roses for Time’s Up