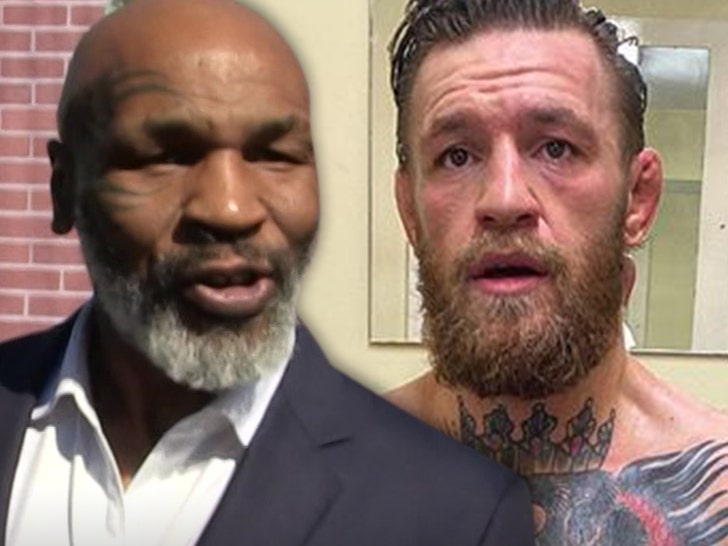 Mike Tyson says if the UFC superstar was his next opponent in his return to the boxing ring … he’d beat the hell out of The Notorious — saying, “I’mma kick his ass!”

Iron Mike went on ‘The Tonight Show Starring Jimmy Fallon’ on Monday to promote his new huge comeback fight with RJJ … when Jimmy decided to play a little “Who Would Win?” game.

As for McGregor? Mike says that’d be no issue … as long as they played by boxing rules!!

The clip is funny … Tyson says there IS one opponent who’d beat him — the ‘Karate Kid’ — saying, “I’mma have to surrender to him on this one.”

By the way, a fight between Conor and Mike would almost certainly never go down … the age gap (54 to 32) is huge, and the two are great friends these days. They even smoke weed together!

Then again, money talks … and we’d sure as hell pay to see it!!!

With ‘Ma,’ Octavia Spencer Finally Gets The Bonkers Role She Deserves

Hey Donald Trump, this is the difference between climate and weather