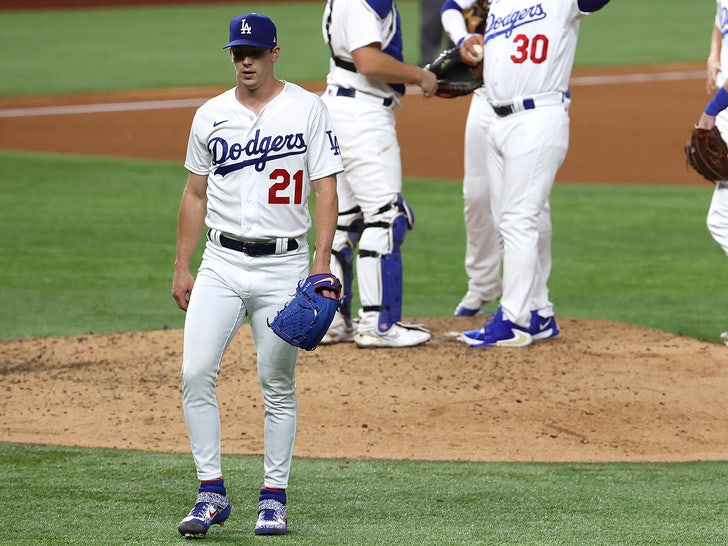 How did Walker Buehler fit into those super tight pants?!!?

Seriously — the Dodgers pitcher’s pants were so tight during Monday’s playoff game against the Braves, it was trending on social media!!

Was it a fashion statement? Did someone misplace your usual pants? Was it uncomfortable? Growth spurt? SO MANY QUESTIONS!!

The problem … the Dodgers ended up losing the game 5 to 1 and Walker was in a pretty bad mood afterward.

So, when a reporter asked Walker for a tight-pants explanation — the pitcher shut the guy down and ended his press conference!

“Not the time or place Michael,” 26-year-old Walker said while shaking his head condescendingly.

Sure, tough question to answer after a heartbreaking loss — but those pants were skinny as hell!!

In fact, reporters were so desperate for answers — they even asked Braves starting pitcher Max Fried if he had any insight!

Sadly, he did not.

He did.
I dont know how Max kept a straight face there. Truly has to be the stupidest question ever. pic.twitter.com/68iwAZJcyd

As for his performance, Buehler pitched his face off despite some almost-certain circulation issues … striking out 7 and allowing just 3 hits in the loss.