An Australian boxer suffered a GNARLY broken jaw during a fight Thursday — and the video of the injury might make you puke.

CONSIDER THAT YOUR WARNING!! 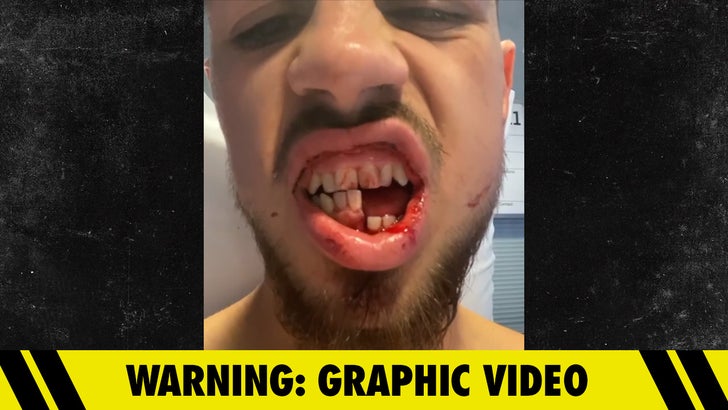 The fighter is Benjamin Hussain — who was 2-0 as a pro before he stepped into the ring against fellow undefeated fighter Ben Mahoney.

Hussain was cracked hard in the 2nd round and appeared to suffer a break in his jaw at that point — but tried to tough it out and keep going.

Blood poured out of his mouth as he continued the fight — the announcers speculated he could’ve suffered a cut on his tongue.

But, as the fight progressed, it was VERY obvious the injury was serious … and finally, the doctor stopped the fight in Round 5.

You could hear the doctor tell 21-year-old Hussain — “Your jaw is broken mate. I mean it’s badly broken, we’ve got to stop it.”

Hussain was transported to a nearby hospital to be treated — and despite the obvious pain, he felt it was important to show off the injury on social media.

You can see his jaw is clearly broken — and it’s so gross!!

Floyd Mayweather Claps Back at 50 Cent Over Gervonta Davis Diss